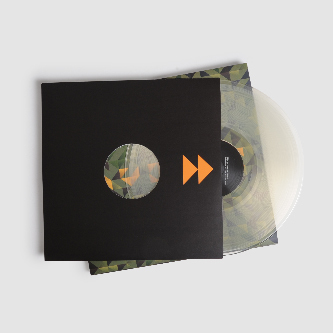 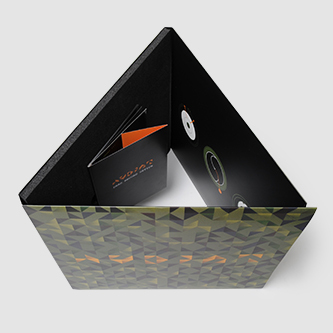 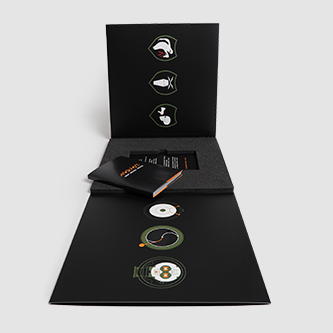 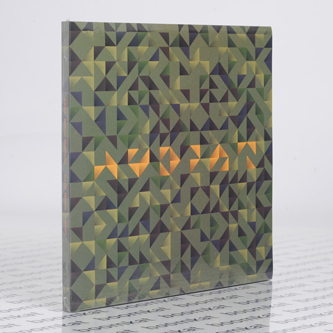 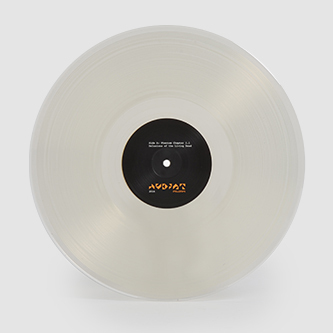 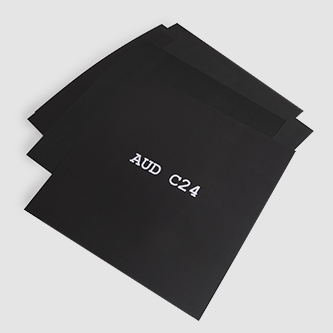 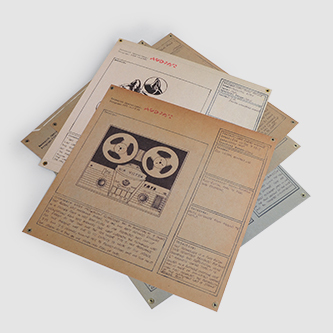 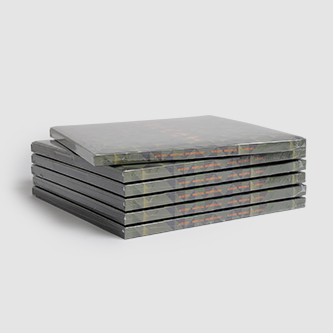 AUDINT’s first book (‘Dead Record Office’) and vinyl record (‘Delusions of the Living Dead’/’DRNE Cartography’) are released together on AUDINT Records in the same limited edition triple gatefold package called ‘Martial Hauntology.’ The release also contains 6 prints of Dead Record Archive cards that have been selected from the massive archive produced by the research unit. The first side of the LP features a post Second World War research mission across the Atlantic assisted by an illicit truth serum, while Side 2 follows a financial journalist as she hunts for petro-economy manifestations in the vinyl recycling plants of South China.

By recounting the history of AUDINT since its inception, the Dead Record Office book investigates deceptive frequency-based strategies, technologies, and programs developed by military organisations since 1944 to orchestrate the spectral phenomena of a haunting within an area of conflict. Instances of this frequency-based haunting of the battlefield include – World War II when the U.S. military’s Ghost Army pioneered speaker based deception techniques and apparatus; the Vietnam War in which the U.S. military deployed ‘Wandering Soul’ (‘Ghost Number 10’) tapes that imitated the voices of dead Vietcong fighters from helicopter mounted speaker units; and in Guantánamo Bay, where detainees who were legally dead yet biologically alive were tortured by Death Metal music.

Together, the collected media of this release patch together a mix of the whispered and the unsound into an audible journey that – links the underground groove of the Large Hadron Collider with the vaults of the Bank of Hell ; connects the Dead Record Network with the Phantom Hailer ; and traces the evolution of the Wandering Soul Tapes to the viral dynamics of the online spectreware IREX2.