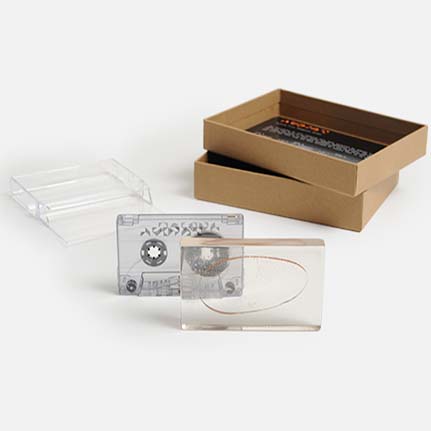 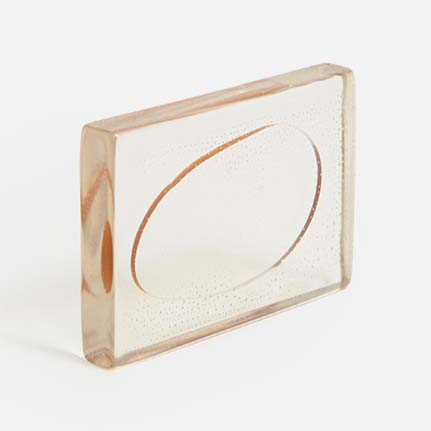 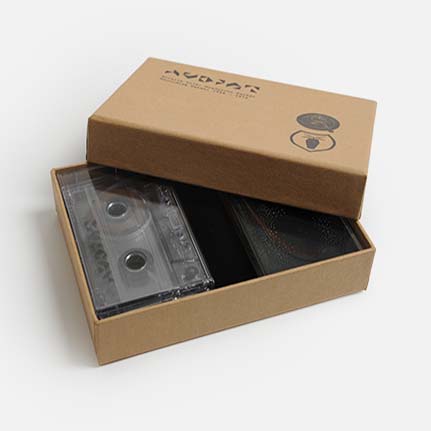 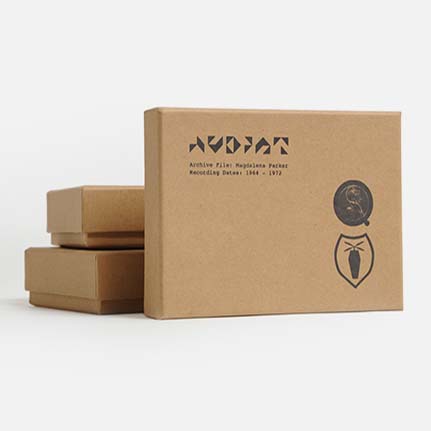 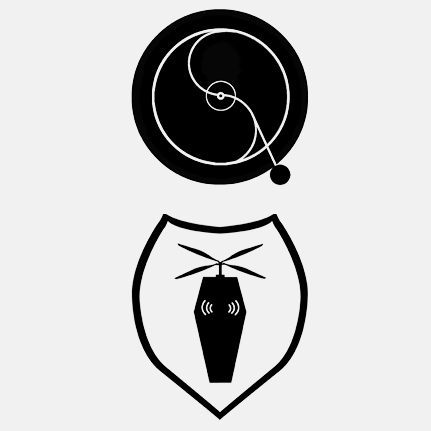 Manilla card coffin w/ 32-minute, pro-duped and printed tape plus a 16th tape loop encased in resin, never to be heard. Hand-stamped and paste-in artwork. First in a series of 3. Edition of 64

This is the first of a series of 3 releases from the 70-year audio archive of AUDINT dating back to 1945. Each release is a different limited boxset edition of 64 or 128 that represents selected sound works and recordings from previous AUDINT members. The first album comes from the archives of Magdalena Parker who was a member of the second wave of AUDINT; a Chilean performance artist and filmmaker whose experimental work revolved around the use of the voice, magnetic tape and synthesized drones and loops. The 32-minute cassette carries 15 hypnotic and queasy looped sequences produced on analogue synthesisers and tape machines such as the RCA Victor TR-3 between 1964 and 1972, whilst an additional loop has been encased in clear resin to ensure it is never heard.