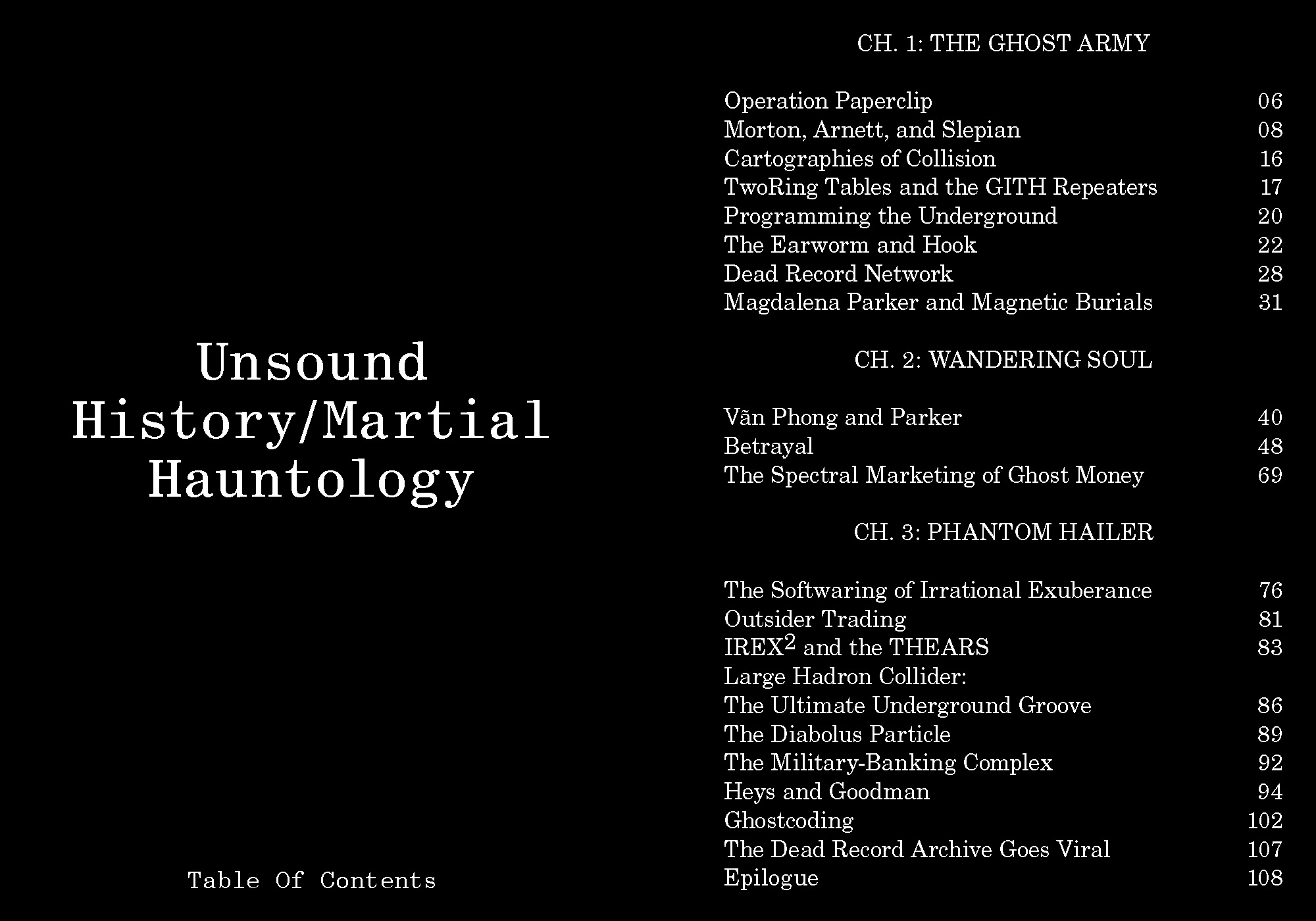 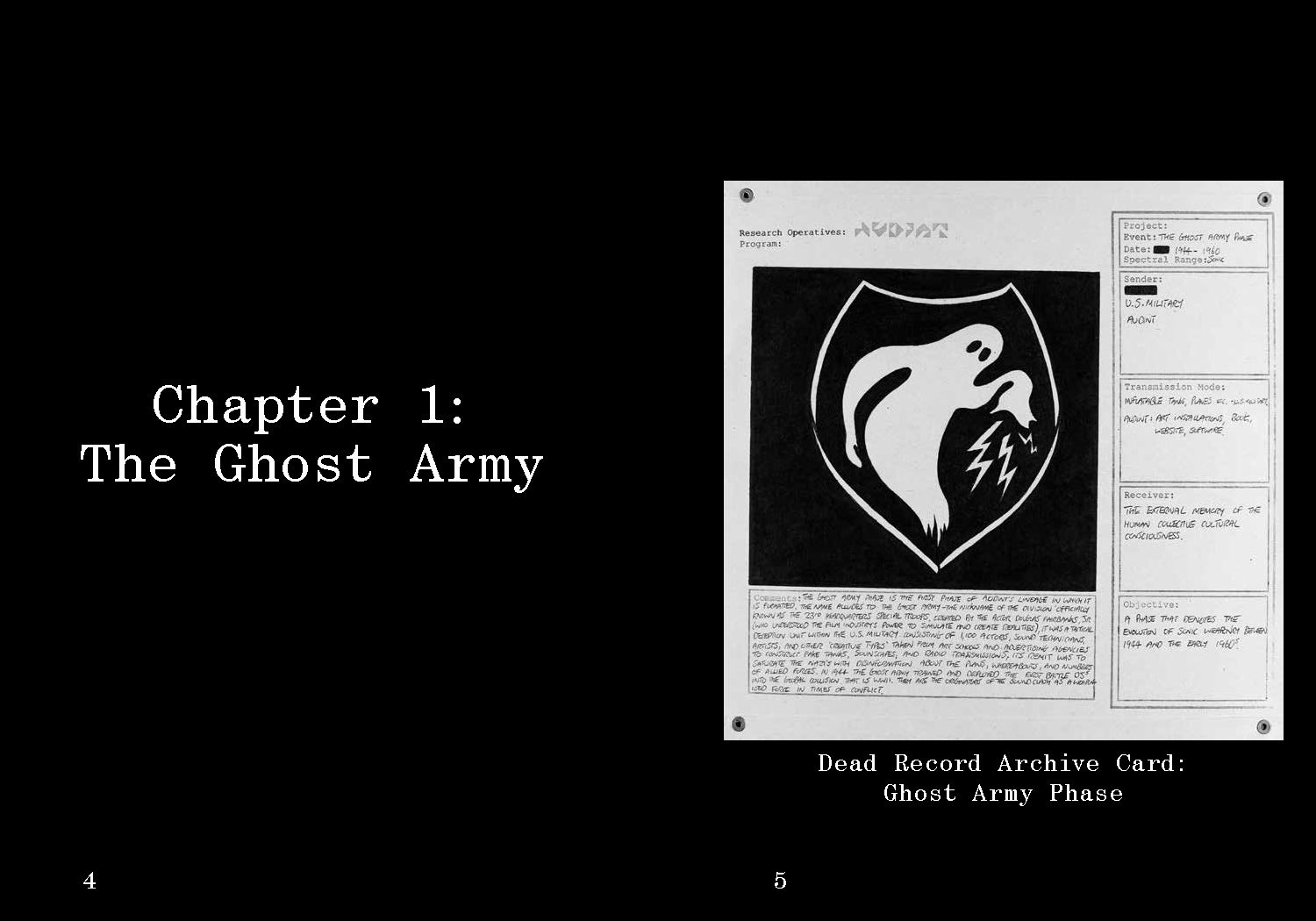 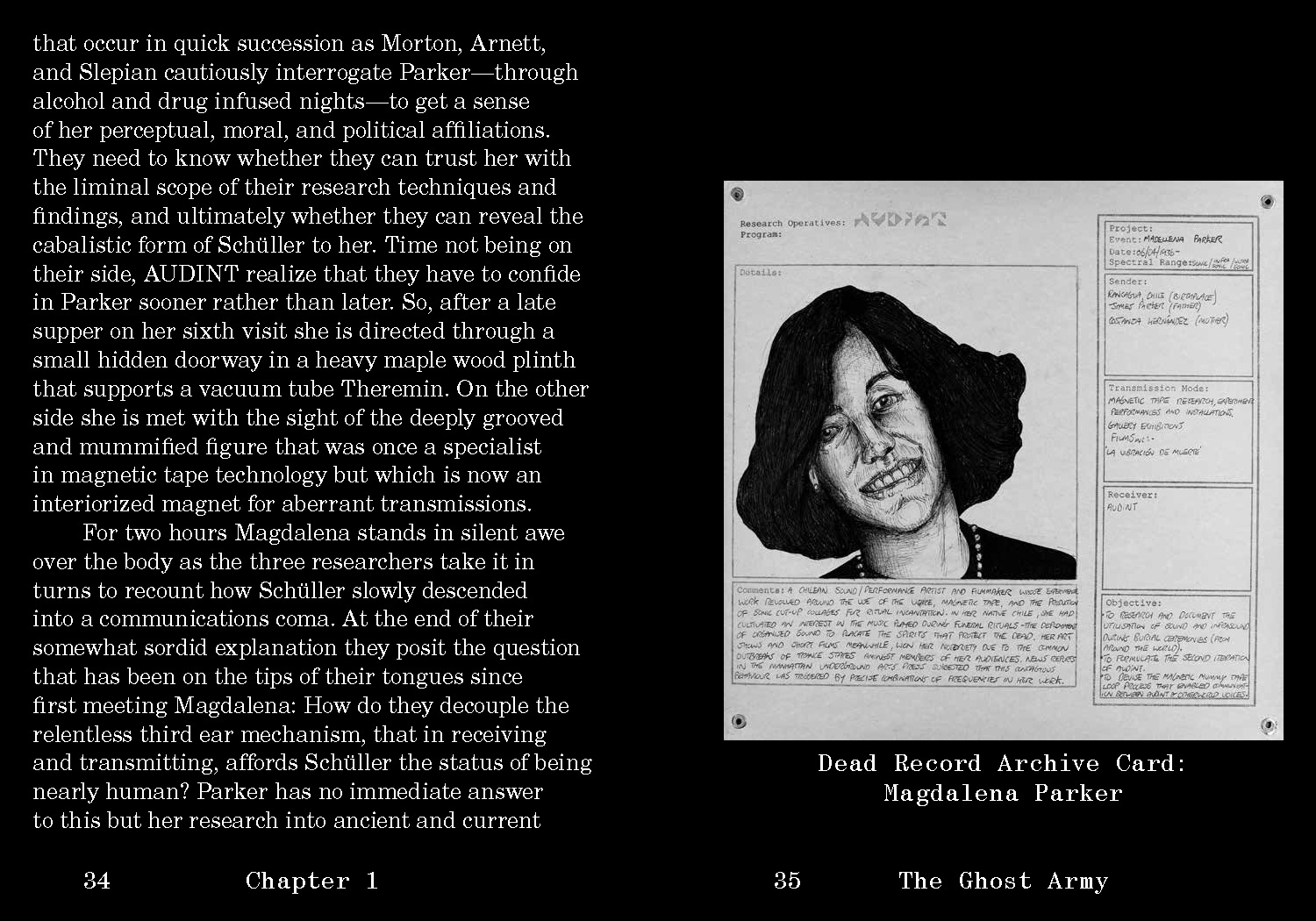 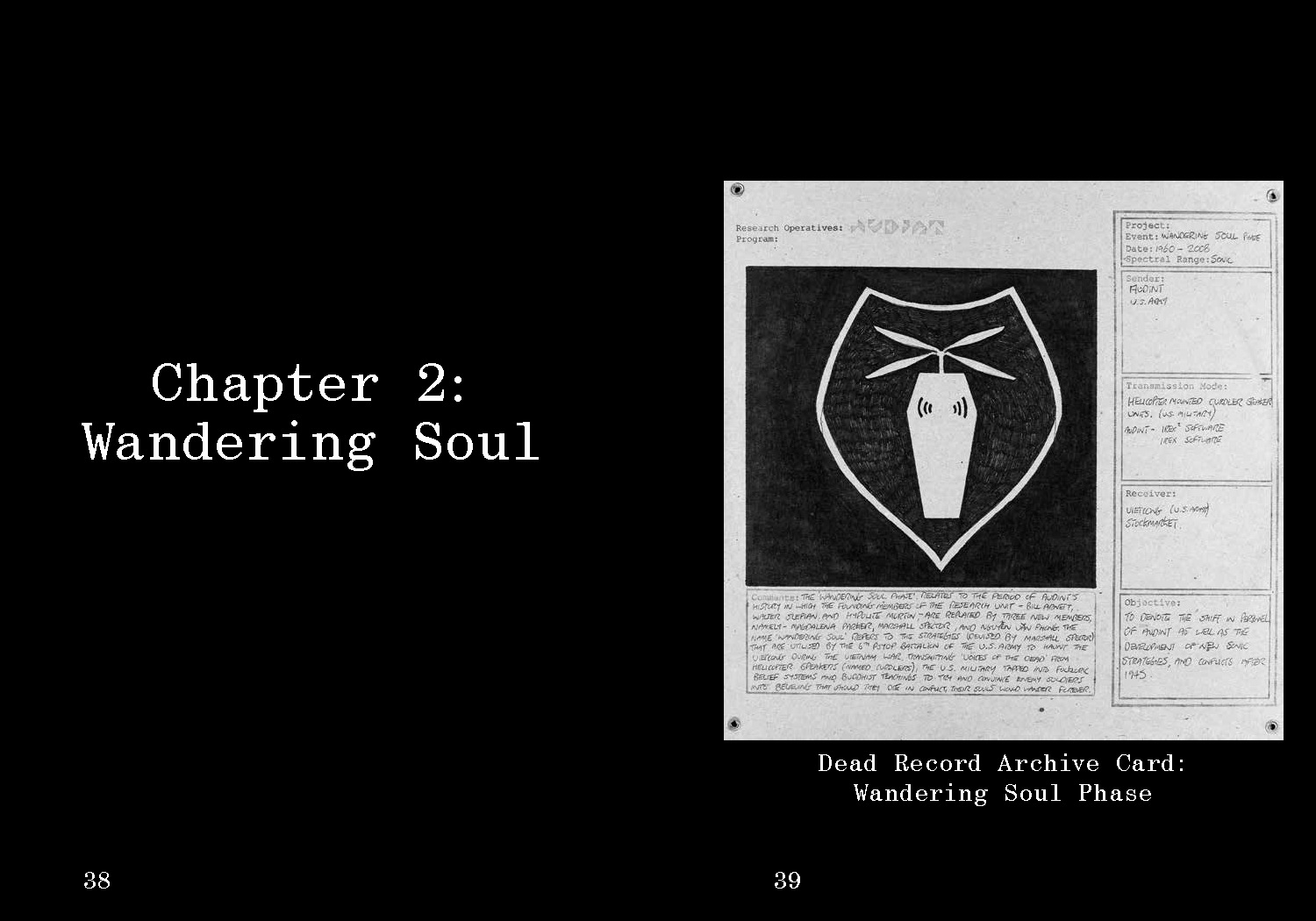 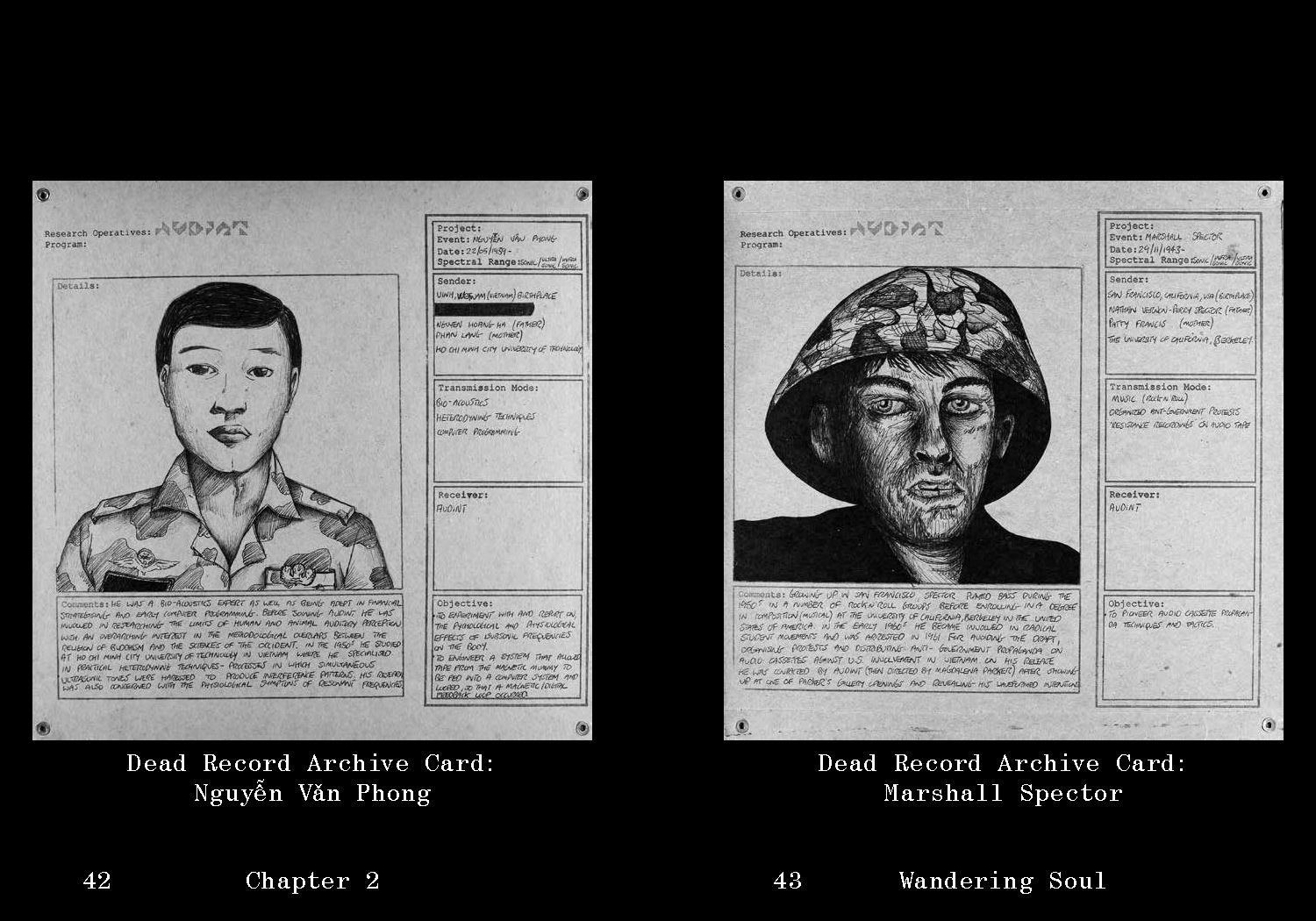 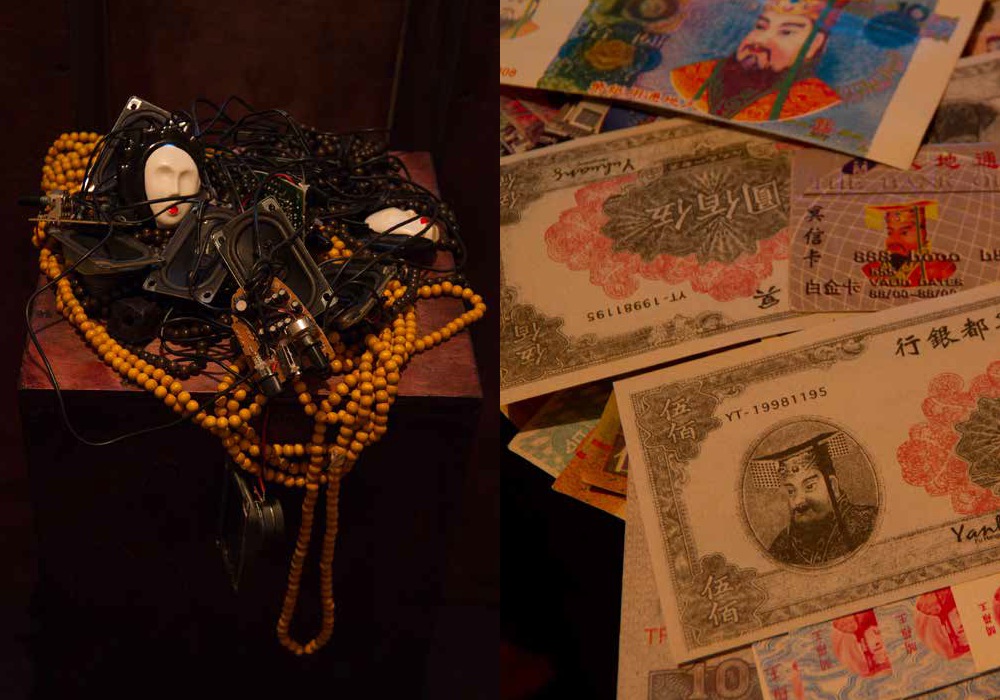 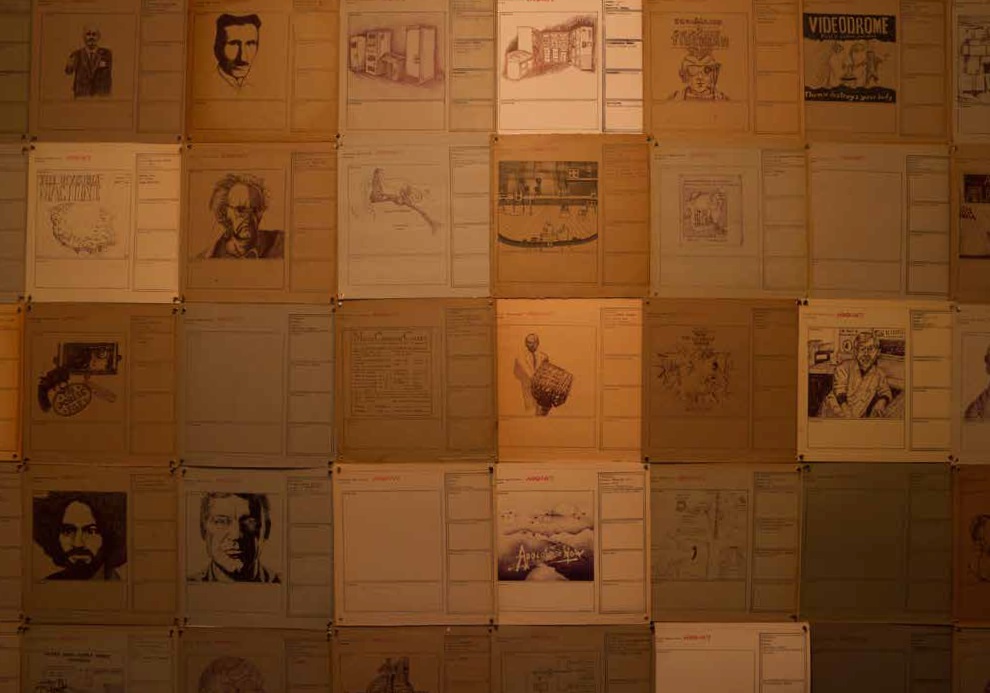 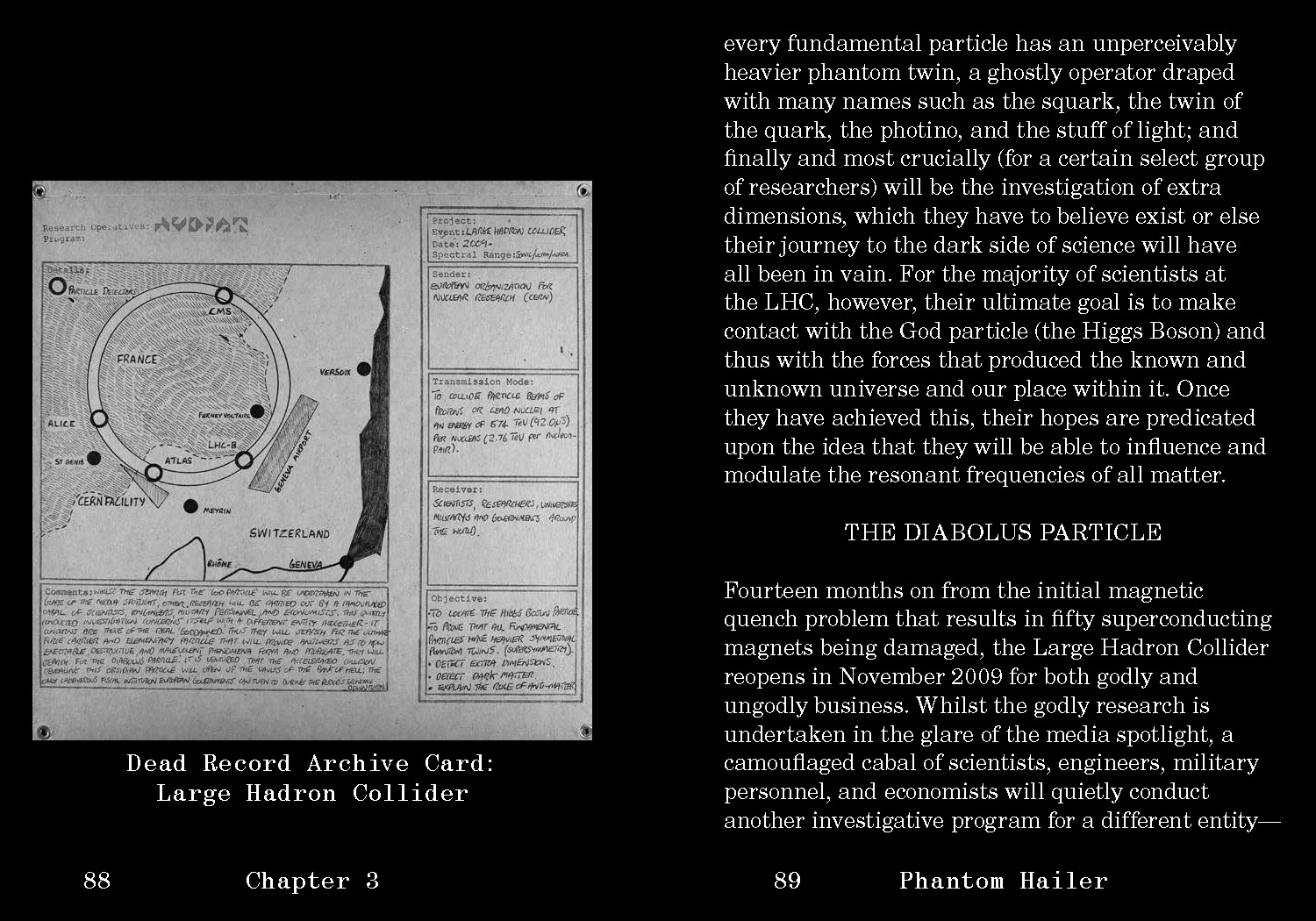 The Dead Record Office outlines a brief history of AUDINT from their emergence as a sonic research unit shortly after the end of the Second World War until 2014. During this documented 70-year period, the works of the three waves of AUDINT personnel are focused on and their connection to three phases of martial hauntology – the Ghost Army, Wandering Soul and Phantom Hailer – explained. The book functions as a historical document that offers insight into the framework of AUDINT’s investigations and experiments; an on going inquiry into the weaponisation of waveforms and the activities of those that harness such techniques to stake out psychological and physiological realms at the edge of perception.

The Dead Record Office reveals the deceptive sonic strategies, technologies, and programs developed by military organisations since 1944 to orchestrate the spectral phenomena of a haunting within an area of conflict for territorial gain. Instances of this frequency-based haunting of the battlefield include – World War II when the U.S. military’s Ghost Army pioneered speaker based deception techniques and apparatus; the Vietnam War in which the U.S. military deployed ‘Wandering Soul’ (‘Ghost Number 10’) tapes that imitated the voices of dead Vietcong fighters from helicopter mounted speaker units; and in Guantánamo Bay, where detainees who were legally dead yet biologically alive were tortured by Death Metal music.